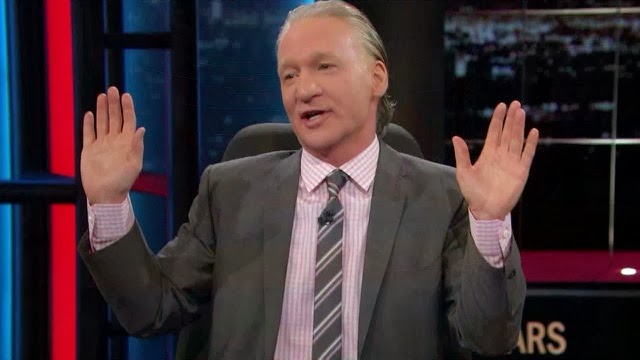 I don't watch a lot of tv but I will cut a bitch if I have to go without my weekly Bill Maher fix. I'm a politics junkie. Something about laying in bed on a Saturday morning, listening to political squabbling and debate soothes me. I love politics, and I love watching a political correspondent bust out some obscure politcal figure while wishing I had such mad skills (how do they remember it all?).
One thing you will notice when you leave home is that you won't be able to use your Netflix account. That hating bitch will pop up on your screen and tell you "we're sorry we haven't come to your part of the world yet" and you'll curse the Netflix gods for not letting you watch Frank Underwood whoop a trick through political scheming and backhand deals (oh House of Cards how I love thee).

But where there's a will, there's a way, and of course there's a quick little computer fix that will cure your tv withdrawals.
You should probably be using a VPN anyway. It’s good for masking your online presence and for hiding credit card info and that. When the Apple security fix drama went down I wasn't really worried (even though I had used public wifi from the US to Turkey to Europe) because I had been catching up on Orange is the New Black, and was behind my VPN everytime I was online.

There are a number of services out there, and you'll probably want to test which ones work best for what you're doing and where you're at. But in France HideMyAss worked best for me. Here's the link: http://hidemyass.com/vpn/fNcIwJr I haven't tested it on the BBC iPlayer yet, but it works on Hulu, Netflix, HBOGo and my Time Warner Cable app. Huzzah! It's so nice having live telly from home. Mirror it with your AppleTv and it's just like you never left America. I won't miss any of what's going on with Hannah and Adam and everything else on Girls (obsession). It also fools YouTube so you don't get that annoying country code message. So go forth and keep building that Netflix playlist. Don't miss out on your novellas just because you decided on a bit of travel.
Labels: BBC Bill Maher HBOGo House of Cards Hulu Moving Abroad Moving to France Netflix Paris TV VPN