Checking Out the Sites

I am a history nerd. I don't know what gave me this gluttonous craving for it, but I love it. I love seeing the way human beings evolved, I love seeing the beauty we can create, and the destruction we can wreck. We are fascinating creatures. Our history, literature, and art is a testament to that.

The good thing about being in a Paris is that you're surrounded by it in every aspect of your daily life. I guess you can thank the government for their protectionism. I think being an American we tend to appreciate that more becuase we don't have it. Or rather we do but it's not amongst us quite the way it is in other parts of the world. Less than 400 years looks pretty sad in comparison. In London it used to make me feel so insignificant walking the streets because I always knew that I was just one of many that would walk the same path that others had done for over 1,000 years. I pass Notre Dame everyday and am still in awe of it (I'm a sucker for gothic architecture in the French style). 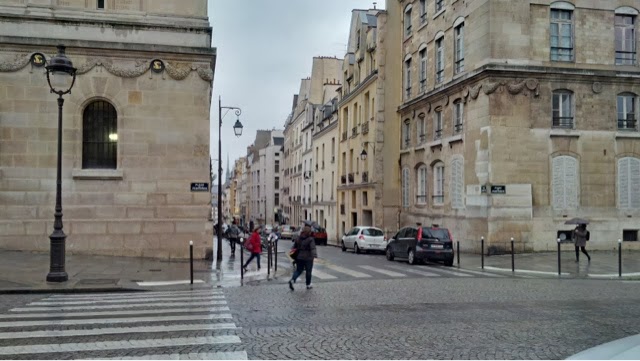 But I have to admit I am the shittiest tourist on the planet. I'll probably be the only person to visit Paris who didn't see the Eiffel Tower up close and in person (and I'll wear that shit like a badge of honor thank you very much). Maybe it's because I'm here for so long and I'm a procrastinator, or because the weather is absolute shit most days that it doesn't inspire me to want to go out and explore. I've probably only seen like 20 of the 50,000 things you're supposed to see. But, and call me crazy, seeing the sights for me is just walking around and checking out the different neighborhoods. One of my absolute favorite things to do, and the distresser for me here, is walking along the Seine at night. I know it's not as 'OMG amazing' as climbing the towers of Notre Dame but it does the trick for me. If you prefer not to go on your own there actually is a group to join that does neighborhood walks.
But if you're only in Paris for a few days I guess you probably feel like you have to see everything and so will probably go a bit crazy. The museum pass might actually be worth it. But if you have the luxury to live here for a few weeks, do yourself a favor and learn how to work the system. And don't get the museum pass, it isn't worth it. If you're a student or an EU citizen aged 18-26 you won't need this advice because you have the luxury of getting in for free. 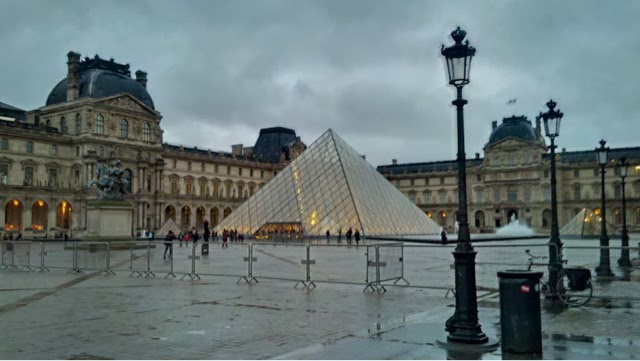 The first Sunday of every month, the museums open up for free. If you don't feel like spending alot of money on each individual one, and don't have a problem with crowds, this could be good for you. I don't think you can hit up more than one in one day, but I guess if you rush it you might.
If you do want to take your time though, and you know you're going to need more than one visit to see everything the Louvre or d'Orsay offers, I'd suggest buying the membership. At d'Orsay it was €25 for the Carte Blanche (if you're under 65) versus €11 for the general ticket. You can buy the deux version as well if there's two of you. With the Carte Blanche I can visit everyday for the year if I want. Pretty nice deal. And it gives you access to de l'Orangerie as well. I can't be sure of the price for the Louvre (it's on their website) but I believe it was a bit more expensive at €35. But again you'll have access for the year so it's value outweighs the cost. With the Louvre though you have to take a picture for your card so act like it's school picture day and remember that.
Other sites like Notre Dame, Hotel de Ville, Carnavalet, are free. There are actually a whole host of others so make sure you plan. One thing to remember for Notre Dame though is that they don't have groups everyday unless you want the French version. For instance English is only three days a week at 2pm, Russian once, etc, etc. I'll post some list links at the end so you can plan your trip better. Places like Sainte-Chapelle and Conciergerie will let you buy a joint ticket, instead of buying them individually so there's a bit of savings. I don't know if there are others that do this... 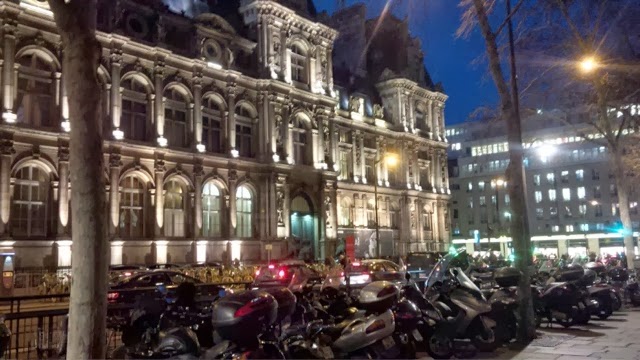 One thing that I have wanted to try (when it's nicer), and I have heard great things about, is the Fat Tire Bike Tour. I see them all the time on the bridge near my house when they're doing their night tours. I always want to rent a bike but I already almost get hit on the daily. I also have piss poor coordination skills. You know Alicia Silverstone in Clueless? Replace the Jeep with a Land Rover and that's me everyday back home. Except instead of hitting flower pots I'm hitting the security gate for my apartment. "Oops my bad", but in fairness that hating gate does not open like it's supposed to. Any way maybe as a group I'll be less likely to injure myself (tip, the little green man at the crosswalk lies). http://paris.fattirebiketours.com
I know it's not super sage wisdom, and a Parisian probably has better tips and tricks, but hopefully I edumacated you a little. And don't let those scary stories of the pickpockets freak you out. I'm clueless and I hadn't heard of it before I came. my first day in Paris I went to Trip Advisor to look something up and saw all of these postings. I got a bit freaked out because those posters can be sensationalists. However it might be a bigger problem in the summer because I am always walking past d'Orsay and the Louvre and haven't seen the petition signers, the ring scam, nor did anyone try to bum rush me when I was in the area. Be aware of your surroundings, but don't let it give you paranoia.
Links:
http://www.timeout.com/paris/en/museums/unmissable-museums
http://www.paris.fr/english/museums-and-theatres/museums/p8227
http://www.budgettravel.com/blog/affordable-paris-museums-for-free,10512/
http://www.patroc.com/paris/map-free-museums.html
http://en.parisinfo.com/discovering-paris/themed-guides/paris-for-free/low-cost-culture/free-admission-and-good-deals-in-museums-and-monuments-in-paris
Labels: Bike Tour France History Louvre Moving Abroad Moving to France Musee d'Orsay Museums Notre Dame Paris Tourism Travel Walking