A Few of My Favorite Food Joints

This is by no means a foodie post or the best places to eat in the city. I haven't even been to every part of the city, and most of my time is spent in either the 5th or 4th. But these are a few of the places I do like to frequent.
Italian 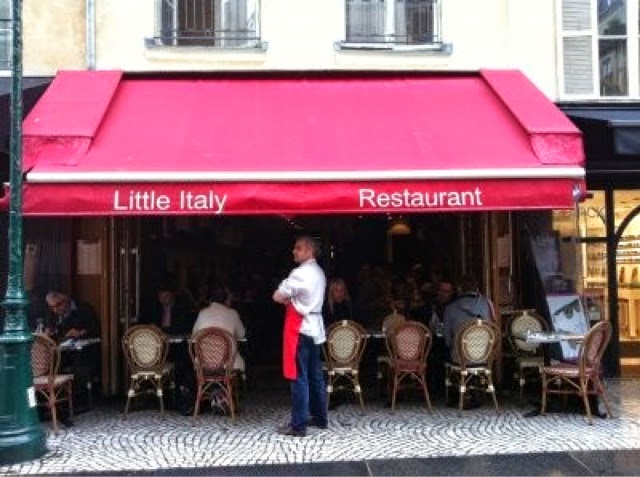 The second night I was in Paris I went to Little Italy in the 2nd on Montrogueil. I can read French somewhat but most of the time I order things knowing only like two ingredients and just saying fuck it because I'm too lazy to take out my phone and translate, and in this instance my laziness paid off because I ended up ordering the pesto linguine and it was delicious. My dish ran about €13 so the price wasn't bad either. Win, win.
92 Rue Montorgueil, 75002
For emporter there's an Italian takeaway on my street but the hours are so odd that I could never remember when they were open and when they were closed. If you really need a pasta fix though, and don't feel like going to a restaurant, it's a good choice. I have yet to see any other emporter Italian places in my areas.
Near corner of Monge and Rue Lacepede, next to Maison Gregorie 75005
Chinese 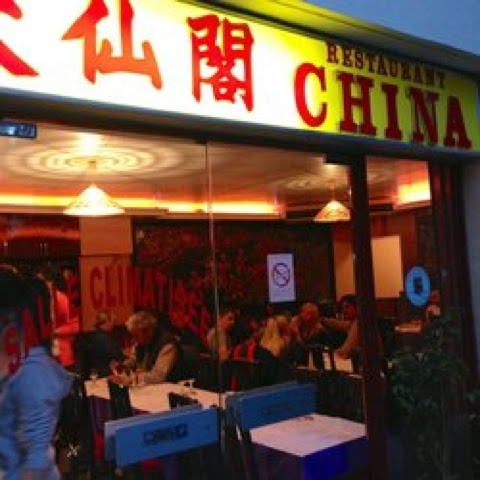 Chinese food in Paris is very different from American Chinese food. I've tried tons of takeaways, but none of them have that certain deep fried goodness one finds in America, until I tried Restaurant China. Yeah I know stupid name but it's the closest I've come to Americanized Chinese food. They even have the sesame potatoes that are so hard to find! You can order a plate or you can do it buffet style. Buffet style is going to run you around €9.
70 Rue de la Verrerie, 75004
French 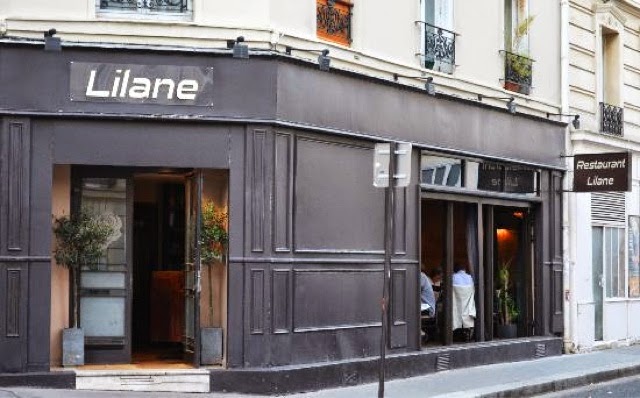 I haven't really tried many traditional French restaurants (I know, I know) but this one had the best lobster ravioli I've ever had and for that it makes the list. And apparently you can tell it's a good restaurant because the menu has very few items, and the decor isn't fancy, but it's always packed (the marks of excellence in France I guess).
8 Rue Gracieuse, 75005
American 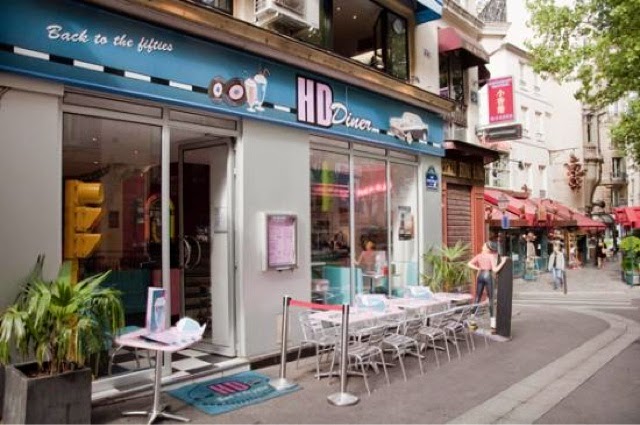 Or rather this should be burgers. Moving to this city has made me a burger aficionado. I've tried them everywhere. And the reason I'm going with HD Dinner is mostly down to their bun. It's not a regular burger bun, it's softer and has that lasting flour feel when you touch it. I guess you can disqualify it as a burger-burger on this alone but it's pretty fucking good. And their rosemary fries are just like Smashburgers. HD Diners are all over but the one on Saint Michel in the 6th doesn't seem to have the long lines the others do, and the one in the 1st off Rivoli is a bit hidden so be aware of that. The cheesy American 50's stereotype is a bit naff but for rosemary fries I can let it slide.
Second runner up would be Hamler's Burgery on Monge. The staff are really nice and the burger was really good.  For €9.50 you can get a burger, frites and boisson. I don't eat my fries with sauce so the mark of excellence for me is a place's fries. If I can eat them without sauce, they're not bland and that's a good thing.
12 Rue Monge, 75005
Jardin Burger, near Jardin des Plantes was another I visited. But not really recommended. They're a bit different because they also sell tortilla wraps. I thought about trying them but coming from Texas I know finding a good tortilla is hard. Not to sound racist but really only little old Mexican ladies make them just right; thick and fluffy and where you can still feel the powder on your fingers. Usually the sign of bad tortilla is waxy, thin nastiness and sometimes people heat them in the microwave and it makes you never want to touch another tortilla again (believe me you can taste it).
The guys here also took forever to cook said burger, possibly because they were all high? It took homeboy a good three minutes to give me €5 back, he kept handing me two €2 coins and then looking at it like it wasn't right. And when I left the cook came out from the back and told me he made my burger "with love", so suffice to say I wasn't having it. If you're on a budget though €7.60 for a meal is pretty cheap.
Rue Linne, 75005
Other mentions, the cafe across from Notre Dame, but after the first time they always change up the burger so you don't know if you're going to get the good version or an okay version. Emporter is €11, €13 with frites (which were also really good the first time but not so much afterwards). They do make a really good slice of pizza.
I would stay away from blend in the 2nd just for their price. I was recommended it and the burger wasn't worth the €23 cost, which is way too much to pay for a burger and some frites.
Desserts/Boulangeries 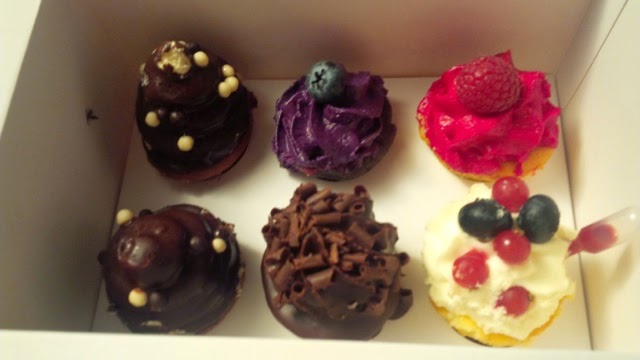 Hands down Berko's, on my favorite Parisian street, Rambuteau, is the best for cupcakes. I wanted to like Bertie's near Notre Dame because it was American run so they should know how to make a cupcake but theirs were so sweet it was too much. And Berko's plays the best hood rap. They had me when they played "Boss Ass Bitch" one day. I haven't tried their cheesecakes but their cupcakes are to die for. My favorites are the Dexter (which comes with a little raspberry dropper you squeeze into the cupcake) and the ganache dark chocolate (the ones on the left in the pic).
23 Rue Rambuteau, 75004
I used to frequent another shop on Rambuteau called Stanz because they make their brownies with walnuts and go heavy on their cocoa powder, but since I popped into Eric Kayser one day I haven't looked back. I haven't tried the bagels in Stanz (which is what they're famous for) but they have pretty good cookies. Only problem is they're 90p for a tiny cookie. Upside though they're open until 10pm everyday.
25 Rue Rambuteau, 75004 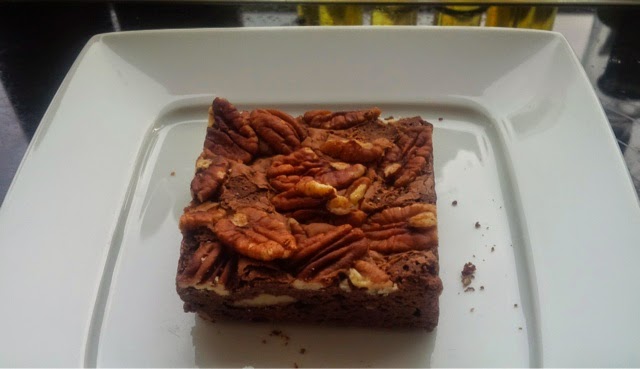 As I mentioned Eric Kayser has some bomb ass brownies. I frequent this joint at least 4 times a week. For some reason they have two locations pretty much separated by two shops. No idea why but I always go to the one further from St. Michel because it's less busy. This one also has prepared food (sandwiches, pasta, grilled chicken with rice, etc). The other one doesn't so if you need a quick bite you can grab something and sit at the counter inside or the tables they put out during lunch and the weekends.
8 Rue Monge, 75005 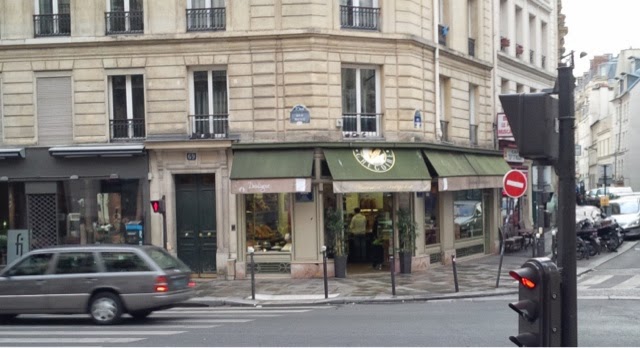 Last but not least is the boulangerie I frequent, Maison Grégorie. Everyday, except Monday (they're closed) you can find me in here. I have a pain au chocolat addiction and have actually become a connoisseur. I try them at every shop I see and while I have yet to find the best, I get them here because it's a minute from my flat. They also have really good sandwiches and I'm lazy so €4.50 is nothing for a quick lunch. The pita sandwiches are hands down their best, but the baguette sandwiches are also good. And unless you really like cumin, beware the ones that say "curry" on them. One of the girls that works there (the nice one) always frowns when she has to give it to me. Sometimes I'm in the mood for it but sometimes it's a bit much and well that's what I get for always going too late in the afternoon. Just a tip, it tastes better on the pita version.
69 Rue Monge, 75005 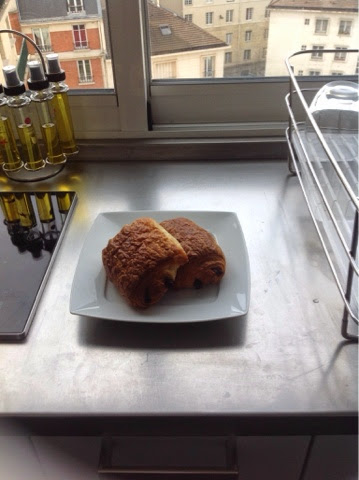 About my pain au chocolat addiction, as I mentioned I'm still making my way through every boulangerie in Paris, but the best I've tried so far has been at Maison Gaumer on Monge. They put just the right amount of chocolate, and they wrap them in this cute little kitschy paper.
The worst was at a shop on Blvd Clichy near the Pigalle station. I was on my way home on a Sunday at 11pm, I was surprised to find them open, in fact it was packed when I went, I guess because they were the only thing open. I popped in, ordered them, but then when I got home I noticed they were the greasiest things I've ever seen. They were like a donut. The crust wasn't at all flaky, it was thick and they looked like they had been fried or something. Definitely would never eat again. Avoid at all costs. Unless it's 11pm on a Sunday and you've just left a reggae concert (which is probably why it was so packed).