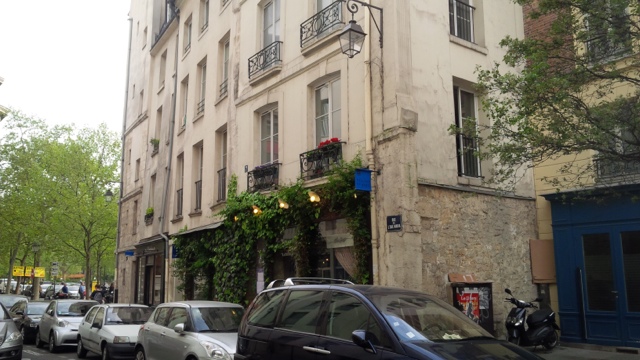 I started entertaining a flatshare which probably isn't a good idea for me. I'm a twin, so I'm very adamant about what's mine is mine. In fact the only time I think you should ever live with someone else is if you're sharing last names, and even then a Woody Allen/Mia Farrow, Tim Burton/Helena Bonham Carter type sitch might not be such a bad idea. Blame it on my grandparents. They owned a bunch of real estate and used it so they didn't have to live together (Catholics, smh). But now I know what all of those cheating creepers who hit on me meant when they said they found it easier to cheat than leave their partners because then they'd have to flat search. Lack of rent control in Paris is killing love.
But I couldn't believe the ridic cost of renting in a flatshare. I thought it would be cheaper (and a good idea because if you're moving to France for the first time and don't want to go it on your own, having a French flatmate might be a good idea for you) but f' that. If you pay anything over €600 you should know that you could get a studette for that price. I don't exactly advocate studettes because no one should live in less than 20m2, and they should be banned as basic Human Rights violations. Let me put it into perspective, it's 215sqft. That's just the size of my bedroom in my apartment at home (my apartment as a whole is 65m2). But I guess which would you rather have, your own space for that price? Or sharing your bathroom with someone else?
And for those that don't know what studettes are (bedsits in the UK), they're those teeny little flats that usually have the shower in the corner of the room. Before Paris I had never seen that. And sometimes the bathroom is shared by other flats on the floor. They usually measure between 9m2 and 17m2 and usually the "bed" is a convertible couch (clic-clac). I've never been in one so I can't comment on the claustrophobia but NYC apartments look like palaces in comparison (and that is a city that regularly implements "pressurized walls"). 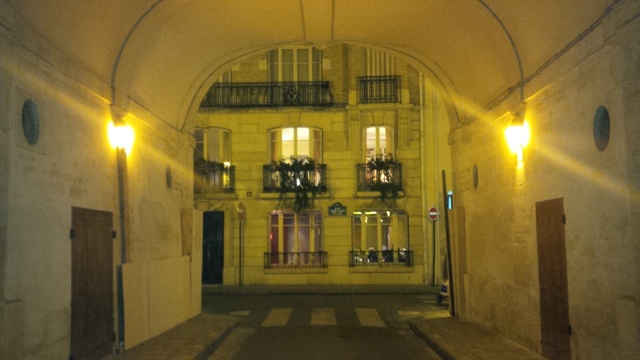 This company called Comfort Paris starts off at €800 to stick you in a flatshare. I don't know what arrondissements this starting price is in but I'm here to tell you that's some bullshit. A company exploiting foreign students is all shades of fucked up and nothing pisses me off more than some asshole exploiting people. Especially when they're using their Americaness as a tactic for luring them in. They actually have a waiting list which makes me feel so bad for the people considering using them. Please go to Cite Universitaire and ask them for help.
I'm not exactly jonesing for a job as an estate agent but I've looked at so many apartments I can look at a flat and value it. This is what happens when you start perusing the Parisian market. Start researching rental sites so you can get an idea of what costs what it in each area, cost for size, amenities, etc. This will make it easier for you to know if an owner's poking your eyes out. Consult the map I posted in an earlier post so you know which areas are cheaper, and don't jump on something just because it's the first thing that comes to you. You might lose out on a flat or two but you gotta break a few eggs.
One thing that helps, post an ad. That's the easiest way to get people to contact you. And a lot of people on Fusac are more willing to contact you because it costs to post there. They save money by consulting the wanted section. They're also usually owners so you don't have to deal with ridiculous agency fees. Make sure you stipulate that you want to be within the périphérique if you're only looking in Paris proper. I put central Paris and still had people trying to convince me that the suburbs were great. Um no, not ever.
The most important thing, try not to stress. It's supremely frustrating, believe me, and you might not get everything you want. You might have to lower your expectations or live in your 5th choice area. As I stated before, the 18th and 11th have tons of rentals. But start early, and make sure you have ways of getting out of it in case you get stuck with something that looks nothing like the picture.
If possible have a friend who lives in Paris look at it for you and have a lawyer friend go over the contract (quick life tip date at least one doctor and one lawyer so you can always ask for advice). Most importantly make sure that contract is beneficial for you. Do not sign anything until you're sure you've gone over everything five times and it works in your best interest. And if you hand over money make sure you have a way of getting it back, no cash (places like airbnb are usually guaranteed and your credit card company will usually give you back disputed funds if you pay with it).
Other sites:
http://www.appartager.com (I don't really recommend this because I had nothing but dudes messaging me, like this isn't Tinder, get a life, and you have to pay to view certain members messages or send messages).
http://www.pap.fr (most posters want proof of income three times the rent and previous rental references. Mostly for people who are already established in France).
http://www.mapiaule.com/logement-etudiant.html
www.leboncoin.fr
www.adele.org
www.seloger.com
www.lodgis.com
www.welchome.com
http://www.locadelo.com
http://www.ciup.fr/ (Cite University offers help for students and teachers moving to Paris)
http://autroisieme.com (some French guy sent this to me on Twitter. I haven't really used it because there aren't very many ads but it doesn't require you to pay).
www.airbnb.com (make sure you look at the flat's map and postal code because so many people put "in central Paris" for listings in Montmartre. That's not even close to central Paris. I guess they're trying to dupe tourists who don't know that from there 'center Paris' is actually a 20 minute metro ride).
Labels: Apartment Flat Share Flatmate Real Estate Rental Renting