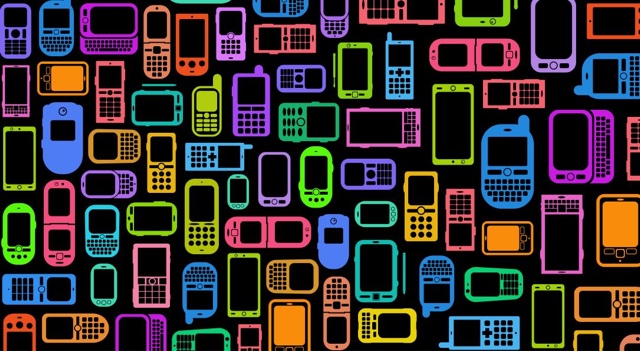 I don't know how other people feel about having two cell phones, but I decided to keep my American cell phone and have a French one too. French people get snippy when they find out you have a +1 number so I couldn't exclusively use my US one.
What made me decide to keep my American number is that everyone I know has it, they're in America, and who knows how long I'll be out of the country. It's just easier for me. I'm a creature of habit so I really hate changing my phone number. I'd still be with Sprint (I had them since 1999) but after 12 years they weren't very appreciative of my loyal commitment so I dropped their asses.
I'm also piss poor at letting anyone know I changed my number because I never usually save anyone's number and it's just a hassle informing people. Half the time I don't even know why I have a phone. At this point they should just offer data service by itself because if anyone needs me there's a million ways to reach me. I mean Twitter, Gtalk/Hangouts, FaceTime, iMessage, WhatsApp, Facebook, TextMe, Instagram, Kik, Snapchat, email, it's a headache trying to keep track of it all. People are way to accessible these days. I miss using the excuse "I wasn't home" sometimes. My cell phones main purpose at this point is to alert me when I get messages on those apps.
But back to the subject at hand. I'd recommend it if you're unwilling to give up your +1 number. You can try rigging WhatsApp to work on your iPad by transfering it from a folder on your iPhone onto your Mac into iTunes and blah, blah, blah, but it's free to call, text and use data in France (if you pay the extra $15 with TMobile). As far as American providers operating in France, I didn't have trouble. I roamed on Orange and I had them everywhere in Paris. They were a lot better than Bouygues Telecom. I don't know about Verizon, and I haven't used Sprint's world service since London. I think AT&T had free talk to landlines, not mobiles. Even though I rarely ever talk on the phone, everyone I know has +33 so that would be pointless to me. You can try wifi calling if you don't want to pay, but it sucks when you're out and about, meeting up with someone, and you need to get in touch with them but you can't find free public wifi.
If you decide you do want to keep your number but don't want to be arsed with paying for two phones, you can also suspend your account but you'll need to contact them every three months. For some reason you can only suspend it for that long. If you're not interested in keeping your American cell, I'll try to do a compare and contrast on French mobile carriers later on when I switch from my temp one. I'm not really looking forward to it because apparently French cell service is a hassle, and I've kind of already decided to go with Orange, but for the sake of research I'll give it a look over.
If you decide you're not going to purchase the sim or temp cell phones from the airport, and you need one ASAP, head straight down to Champs-Élysées. Apparently this is the one place in Paris where you're sure to find English speaking reps. Make sure you have your passport and a copy of a rental agreement with your address and/or your carte de sejour. In fact just make sure you bring everything establishing your residency to be on the safe side. You'll need it to establish an account.