Quick Tip: Filing a Complaint with the Police 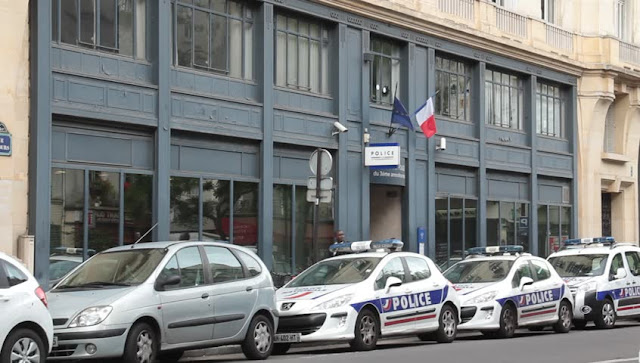 I had to make a report with the police. My first police report and my luck it should happen in a country where I don't speak the language. And by no means do I suggest doing it on your own unless your French is really, really good. If you possess enough to get into the building and past the waiting area, then at least have a translated version of the events to make it easier.
I was lucky enough to have one of my friends come with me to translate everything. We went down to the station on Bourdon, on a Saturday evening, and there was like one person ahead of me. It was pretty empty. We probably waited about 10 minutes, which according to my friend is rare.
We were called back and at this point I don't even know what went down, I basically just listened to them go back and forth for about 30 minutes. My friend already knew my story so all she had to do was clarify certain questions for the officer. She had called and was told beforehand that you can make a complaint anywhere but it's best if you file it in the district the incident occurred. Just like everywhere else in the world, the police hate doing paperwork, they especially hate doing someone else's. And I guess it was a big deal (to the officer) to have to send it to the right precinct.
When going in have as much contact information as possible for yourself, and the person the complaint is against. Really name, address and phone number will suffice, but I guess date of birth helps too (to narrow it down if their name is popular?).
Unfortunately you cannot file online (even though the link from the American Embassy says you can). And unlike in America they don't come to your house to file a complaint. Apparently wait time normally sucks too because French people like to make complaints? But welcome to France. It's their way.