Reflecting on One Year in France 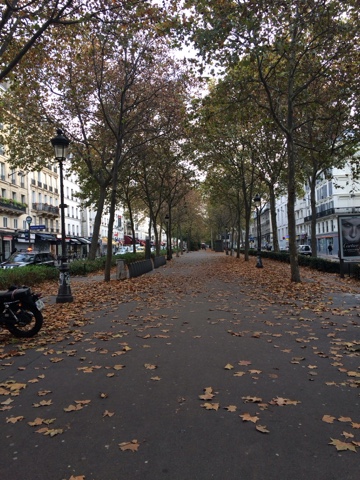 I don't really have much to say one year in (technically a year and three months if you count my time here February to May). My love for the French has not really grown. I like to say living in France is like converting to Judaism, they really make you work for it, like they want to see if you're really invested in them. Well jokes on them, I'm not invested in them, more I'm just really stubborn and France will not defeat me. Good ol American persistence.
That being said I definitely wouldn't recommend this place for everyone. Especially for Americans. The ideology here is so vastly different that it really makes it hard to grin and bear it. I don't know how such a tiny body of water (the Channel) could make people so different but being here really makes me love and appreciate Anglo culture, beliefs, ideas, everything really. I won't get too much into it because I don't want to muddy anyone's idea of France, but if you are thinking about moving here because you saw some cutesy movie set in France that made it look like paradise, or you came here on vacation for a week, know that living here and visiting here are completely different things. Nothing about living here is a vacation. In fact it's pretty damn near miserable (that's why Parisians are so grumpy). There are a few things though that make it worthwhile. Maybe at year two my thoughts will have changed. Until then this year has been a nightmare.