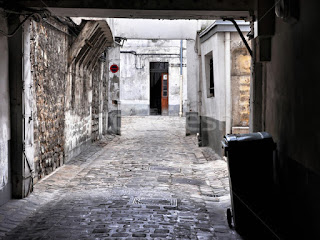 A quick word about buying in Paris. I’m not an expert, I only know what friends and employers have told me about owning in Paris, but I have seen those ads in the estate agent’s window and have thought “it only costs that much?” Why aren’t more people buying homes?”.

The truth is Paris is expensive. 1€million barely buys you 800sqft. Taxes are high, and not just on income you earn, but property tax, sales tax, every tax is high. If you can afford to buy property you’re looking at building fees in addition to high property taxes. Building fees are high because you have to pay for the cost of a guardian. I think the owner of my apartment near Luxembourg paid something like 10,000€ every year in building fees. That didn’t include the yearly Christmas tip he had to give in addition. Apparently that’s some sort of Parisian custom.

If you don’t have a guardian, you have to pay for the Syndic (the people who clean and maintain the building). It’s a bit cheaper because you’re not paying someone to live on the property, but it’s still a fee. They come in and clean the common areas, including the chambre de bons, and hallways. I believe they also put the garbage out every night.

When I lived on Valadon I didn’t have a guardian. The building was one of those basic monstrosities from the 1930’s that clutters Gros Caillou. Even though I didn’t have a guardian, someone came to mop the floors and take our trash out every night (the 7th is so posh we had nightly trash pickup even during the strikes). I never saw them, but I would hear them vacuuming the stairwells in the early morning.

In addition to the building fees, you will also have to pay for the building’s upkeep. If your building becomes infested with mice, if a pipe bursts and the cave floods, whatever problem arises, all of the owners have to meet and agree to pay the costs. And yes, you have to help pay the costs. You all own a share of the building, and it’s your responsbility to pay for it. If the city decides your building needs to go through it’s decade cleaning (which is what happens every few years when it becomes too dirty), you have to help pay to have it cleaned. You also have to pay for any “communal” areas like the restrooms on the 6th floor or the elevator. There are fees everywhere. And most Americans who only pay HOA fees will be shocked to realize all of these hidden costs.

If you’re thinking about buying property in Paris just be aware that it’s not just the buying process that’s a nightmare, or the renovations, it’s owning it as well. If you want one of those beautiful Haussmann buildings just know it will cost you.