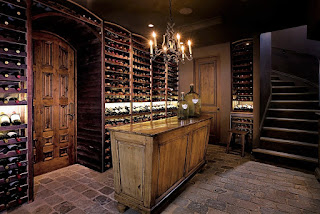 Let me preface this by saying I find wine to be quite pretentious. Anyone who knows me knows I abhor snobbery, and will actively shun anything that engenders pretentiousness, which is probably what turns me off of the subject. Growing up I watched Fraiser. Fraiser was a haughty, pedantic, elitist, and is to me a perfect example of “wine people”. Oddly enough I ended up dating England’s answer to Fraiser. Elitism just never appealed to me.

However it’s only when you move to Paris that you realize how pretentious Anglos have made it. I’ve closely followed the French that I’ve met in their selection process, and they never treated wine the way English speakers do. There is no rhyme or reason for how they choose. I’m pretty sure the only people who pay that much attention to it are the people who work for vineyards, or who are in the wine industry.

All that being said, wine was never really my jam. For one thing it gives me insomnia or something, and I wake up after 3 hours completely wide eyed awake unable to fall back to sleep. Sure every time I went out to a bar or a restaurant with someone, or went to a dinner party, or was just in a French’s company, I drank it. There isn’t much else to drink. The French don’t really do cocktails (although I’ve found at least 4 cocktail bars in Paris that I love). I kept bottles at home for when I had people over, but I never really found one that I loved. Until a friend of mine introduced me to one at a bar I visit in the Marais. And yes she was English, a complete snob, and even took wine courses in Bordeaux to cement this.

Thanksgiving is coming up. Dinner is a big deal. Not even Covid can stop Thanksgiving. For those that don’t live in America, let’s just say it’s a huge event. And what does everyone bring to dinner? Wine and/or dessert of course. I wanted thoughtful hostess gifts, thus I decided to try to find my favorite wine and have it shipped to America so I would have something special to bring to dinners on the big day.

That’s when I learned something new. In my mind ordering wine is a simple enough task non? I worked for a man who would have a case of his favorite wine shipped straight to his door in Paris every month, despite the fact that they sold it at Franprix 500m away. He had a wine cellar in the cave of his hôtel particulier and I guess it was easier for him to buy in cases?

French wine isn’t the easiest to find in America. The American market is saturated with California, Australian, or South American wines, so when you do find a French wine they are usually heavily marked up, and you aren’t exactly spoiled for choice. You have to seek out specialty shops, and even then you’re not guaranteed to find exactly what you’re looking for.

To be fair not all French wines are available in every Paris shop either. There are just too many wines and not enough Monoprix square footage. Nicolas isn’t exactly Spec’s (tiny Paris space compared to giant Texas space, no contest).

I bypassed all of that fruitless searching by contacting the producer. I thought all you have to do is call the vineyard, order up a couple of cases, and have them sent over. Turns out not so much. I contacted the region first, who put me in touch with the producer. But the producer politely informed me that they do not ship to the US. I found that odd, but I thought it’s France, they’re always 20 years behind.

Thankfully they gave me the name of their importer in the US. The importer was also very nice. She contacted the producer to ask precisely what wine they serve specifically at the bar I go to in Paris. I never really paid attention to all of that so thanks to her for doing that. She procured the actual name (the name is not listed on the bar’s menu), the year, and informed me that the vineyard actually produces two Grand Crus (I only knew the one). She suggested that I try the other one too because they had it available as well. She offered to contact distributors to set up buying them.

But then the hitch! America still has some Prohibition laws in place. Who would have thought? The distributors are in select states. Apparently the distributor has to operate in a state that has reciprocal shipping agreements because of alcohol sale regulations (oh state laws what is your point?). So if you think you can find your favorite obscure wine, think again.

It ended up all working out in the end (but took time). The importer was able to contact a distributor, who contacted a few people to see who could purchase the wine, and send it to me. I’ve been given “introduction” and have made my way into the upper crust wine set of the East Coast, which is not something I ever thought I’d end up in. Go figure. Anyhow it really shouldn’t have been that complicated. And let me just say shipping is a scam and costs the price of a bottle (but apparently not nearly as costly as import fees).

Moral of this story: American perseverance and stubbornness never fail.

But no really, all of this to say if you have a wine that you like, do not expect to find it outside of France. I always think that I can find everything, and just pay for it to get to me, but as globalized as our world is, there are still obstacles that have yet to be demolished. And now we know why wine snobs get so persnikicty about certain bottles; they probably had to go to three middlemen just to get them.

My bottles will now happily sit in my wine fridge until some special event... let’s be real, that’s not my style. I’m far too impatient, and expect things when I want them. I’ll go through this process all over again to get more, albeit with the help of my new friends in the American wine industry. I’ve already placed a second shipment to arrive in time for Christmas celebrations.

My advice? Buy in Paris and take them on the plane. I know I’ll be doing that as soon as flights open back up. Thankfully that Covid vaccine is coming out soon and travel can go back to normal. I have 2+ months of paid vacation I need to use so I am going to be spending a few weeks in Paris, maybe even a few months if I can convince my job to truly let me be ‘remote’, and I am going to fill suitcases with everything from my skincare products, to bags of salt (not as weird as it sounds), and all of my other coveted French products. It’s weird that it’s almost been a whole year because with time having stopped it feels like it’s only been a few weeks since I was there. Maybe it’s just me but it’s like no time has passed because the past year was just a blur of nothingness and it’s still March 2020. It probably also doesn’t help that it’s always summer here. Perhaps I’ll take a detour and visit my friend in Bordeaux.