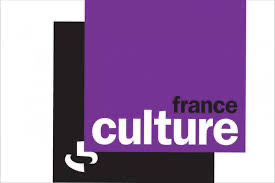 Being away from France was an adjustment. One of those being no longer hearing French everywhere. Being in a foreign country is nice because you can block out a lot of the “noise”. Being in an English speaking country your ear is used to listening to conversation and it’s not as calming.

It also starts to eat away at your ability to retain the French that you do know. When I was in France, the French always told me “put the tv on in the background so you constantly hear it”. I never really did that when I lived in Paris, but being away I did it constantly. It’s a bit like white noise, and while you are passively listening, your brain picks it up. I find myself speaking back like “why did they start doing that?” before realizing I’m responding to a radio program on the politics of keeping children out of school (Covid). Plus as an added bonus it keeps you abreast of French politics. I’m a politics junkie so I consider this a good thing.

There are a lot of apps and websites you can use. My go to is an app called Radio.net. I add French stations and play it in the car, while I’m working, or just generally in the background when I’m doing something that doesn’t require my undivided attention. I greatly recommend it because it took me years to passively pick up French and I don’t want to lose it. Because my brain is still getting that background French noise, much like it did in Paris, it’s keeping it in the forefront of my otherwise terrible memory.