You Can Never Be Overdressed or Overeducated 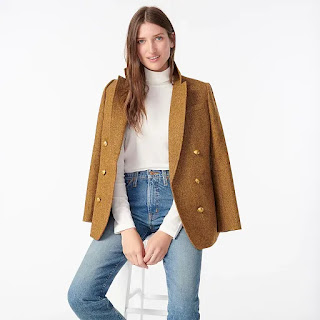 I’ve become obsessed with menswear. I don’t know what I saw, or what stuck with me, but I’ve been on a suit and blazer buying frenzy. It’s an expensive habit.

When I was younger I had an Annie Hall kick, but it’s been over 15 years since I last bought anything Annie inspired. I found Lily James’s aesthetic in Rebecca to be influential and hope that takes off. Mostly her wide leg trousers. Not a huge fan of the Liberty of London florals (although I do have a few Liberty pieces), but I loved her country tweeds. I bought a suit that is very 1930’s and reminded me of that movie, and it sort of spiraled from there. The suit is from the Abraham Moon mill so the fabric is heavy wool and stuffy English. The pants are wide leg, tapered and pleated, and give off Marlene Dietrich vibes. But no clue what really set the spark that lit the fire.

I guess because I don’t have a boyfriend to buy suits for, I’ve taken to buying them just because. Of course it’s not exactly the same. Men can customize, and pick fabrics, and have endless options, while women get what they can get. Usually it’s just a pant, a pencil skirt, and a jacket in black, navy, or grey.

I don’t usually go for menswear per se. I’m a feminine dresser, but not “sexy”. I get enough attention from men without needing to invite more, and for me sexy is what you don’t see. Sexy to me is wearing a crisp white men’s dress shirt and nothing else. I like that women have many options when it comes to clothes, but simplicity is the ultimate sophistication, and womenswear isn’t always simple.

So like Sarah Bernhardt I like adopting from the ‘boys’ every now and again. When Christian Kinnersley and I were in Grasse I had brought a bunch of summer stuff for an unseasonably cold May, and ended up spending our Mediterranean leg wearing his blue dress shirt and rain Mac. That’s the luck of women, we can wear both and still look chic.

But I have a shape like Sophia Loren, and boxy silhouettes don’t work. Taking a men’s pièce and feminizing it is what I mean by “menswear”. Whereas some women will wear menswear as it is for an androgynous look, I still like to look feminine. My body shape is closer to Q-Tip’s measurements in “Bonita Applebum” so I would never be able to pull off anything else. 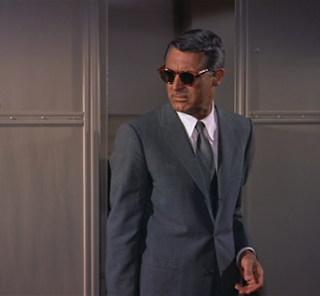 When I was younger I had a crush on Cary Grant, perhaps that’s where it came from. Cary Grant was the quintessential “gentleman”, in his Brooks Brothers suits, with his British/Mid Atlantic accent, and his suave sophistication. In Paris there is never a shortage of GQ men. It’s innate, they just know how to dress.

Because of the restriction of seasons I’ve gotten tired of waiting for new styles, so I’ve moved to the men’s side. I took a chance and bought a Harris tweed blazer from the men’s section, it ended up fitting, so now I’m sure I can buy their jackets and they won’t be too boxy and shapeless. Downside I can always get it tailored.

I am a fan of tailoring. I couldn’t do it in France (I never knew who to go to), but now that I’m back in America everything gets tailored (it’s free with the clothes). It really can transform you. I recommend trying it on for size. Fashion is mass produced and we don’t all come in one shape.

My only issue is that it’s hard to material match. I prefer to buy together, even if it means I can only wear it once or twice a year. I never repeat outfits in a 6 week cycle, it’s a weird compulsion I developed a long, long time ago, and it’s just how I wear clothes.

My off work (and sometimes casual work) look has become the top picture. Blazer with a light wash, mid-rise, boy fit jean and loafers, or trainers if I’m dressing down. I’m not a jean person, I actually despise them on a comfort level, but I buy whatever looks good regardless of trend. In Paris these were wide leg crop. In America they’re boyfriend or slim straight.

But always cropped. I prefer an ankle length, and usually buy petite. I’m 5’6 so petite ensures the inseam is the prefect length. I learned that from Audrey Hepburn; ankle never goes out of style. And no, not Breakfast at Tiffany’s. I was never a huge Audrey fan, but my favorite will always be Funny Face. I don’t think there’s one decade where her Bohemian Dance outfit would ever be out of place. That’s the kind of classic style to strive for. 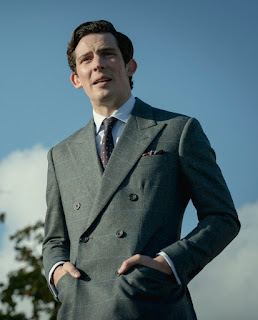 After watching this year’s season of the Crown I can thank Josh O’Connor as Prince Charles for double breasted jackets. I usually hate that look; it’s clunky and reminds me of Martin Scorsese films. I equate it to a Mob Pit Boss, and it’s just generally old fashioned looking, and dare I say ugly. But I converted when I found one that made me fall in love. I don’t plan to buy more than the few I have, because I really don’t fancy that shape, and I despise wide lapels.

But these somehow work. It probably helps that they’re made for women. I have a small waist, but a J.Lo butt, and swimmer’s shoulders, so it’s an all around better look for my ‘hourglass’ proportions to have a less boxy fit. I’m still on the fence about oversized jackets (usually called boyfriend and past the hip). I don’t think they’re a classic shape and won’t pay for something I don’t consider an investment piece. To me they’re kind of 80’s (dated). 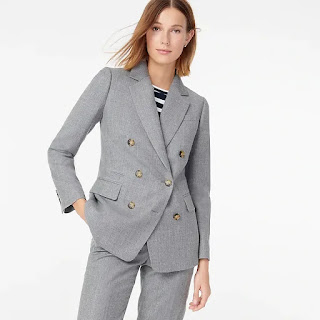 I’m weird in that I find a store that caters to my style and then I only shop exclusively there. In America I have my go to store for my love of preppy pieces and classic silhouettes, and now that I’m able to not just afford to buy their clothes again, but now have unfettered access to them, I’ve been buying up a storm. They ship to France but with import and delivery, the prices were crazy high, and there were never sales like in the US. Like 70% off just because it’s Friday, that would never happen in Paris. Which is why I’ve bought so many suits and blazers. They don’t create them just for work, they create them for casual wear, and there are many to choose from.

I also like that they have so many collaborations. They’re mostly with British brands, but I wish they would do more with French brands. I guess it’s their preppy aesthetic. British brands go hand in and hand with that, whereas French brands don’t (even the landed gentry of France buy British). They’ve done a few collabs with men’s companies to create women’s pieces. For instance I have a few dress shirts from classic Bond Street labels they partnered with. Sometimes they’re a bit fussy though. I assume they believe women need embellishments, and adornments, or ruffles, and I’m not into all of that.

This new obsession has caused my closet to bleed into my study because it’s no longer able to hold all of my clothes. Jackets take up a lot of space, and I already have like 20 coats from my coat phase years ago. I’m trying to live more minimally after what I learned during my years in Paris. Try to live out of one suitcase and that. I’m going to try to give away a lot of stuff I don’t use, but I procrastinate going through all of the vacuum sealed bags I have shoved in every conceivable space left. Considering how tiny my apartment in Paris was I don’t know how I ended up with so much (and this was after I lost my 150 pairs of pants, and then two suitcases to Christian). I currently have two rooms for my clothes and shoes, but believe me I don’t want to become Imelda Marcos. French women have very little clothing and they can make it work. I’ve tried to learn from that.

Next year I’m sure my obsession will be something new. I once had a luggage obsession so it can become anything. No clue what I’ll fixate on next. I don’t read Vogue, and have never paid attention to trends. I don’t know what’s ‘in’, but I wanted to ponder as I’m curious to know if anyone else has this weird compulsion too. What have been your must have obsessions this year?

I feel like for most it has probably been sweatpants, and yes, I bought a lot of those as well. My go to store made a lot of cashmere jogger sets, and I snapped them up. I work from home some days but I don’t want to sit around in pjs. At least this way I feel “dressed” even if it’s just loungewear. But they haven’t fully replaced my modest Uniqlos.