You Gotta Lose To Realize What You’ve Lost 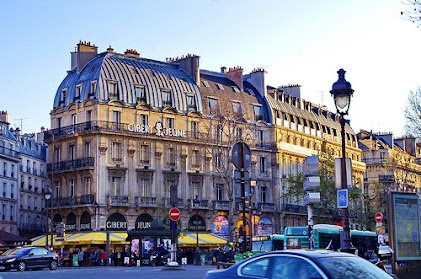 This is such sad news. For anyone who has spent any extended time in the Latin Quarter you will have been aware of the numerous Gibert Jeune/Gibert Joseph that line the boulevard Saint Michel. One of the best things to do is to walk Saint Michel and go through all of the books that line the street. During Christmas they make the main location at 5 Saint Michel really beautiful, unlike other businesses in Paris which don’t decorate. Gibert Jeune is a staple in Paris. It is the place, most usually students, picked up books. You were always sure to find them cheaper. Even English books, which are usually heavily marked up at all of the other stores, can be found used, but in good condition, and for a good price. I am a bibliophile. I still prefer browsing in a bookstore and a library. While Amazon can be cheap and convenient, I prefer going through books by hand. It’s like a treasure hunt. I can spend hours browsing a store, and one of my favorite weekend pastimes was looking through all of the books on my way home from grocery shopping.

I remember once when Christian Kinnersley and I were walking around the 5th on Heritage Day I made him stop off so I could get a few books since we were in the area. He stayed outside while I quickly pursued what I could because I didn’t want him to wait long. I found a French history book, and we made our way to Luxembourg palace with my little yellow bag. The line was long so I was glad to have picked up a few things, and we spent the time standing in line reading from it. When each of us was done reading that particular page, we’d say “ok turn the page”. That book made the line go by so much quicker. In fact that was the last time I was there. The article in the Guardian says that the business is not shuttering for good, Gibert Joseph will still be around. It’s just the main shop that will close it’s door, but I can’t even imagine what it will look like without it there. By the time I lived there in 2014 the street was already heavily populated by Sephora, Pimkie, Paradis du Fruit, and the like so I can’t speak to the golden age of Saint Michel. I will say it’s a sight seeing the Sorbonne flanked by both a Nike and a Gap. Such modernity mixed with a sacred Paris ground. I’m sure for anyone who is an admirer of the history of the area seeing those two bordering the picturesque Sorbonne Chapel and the Place de La Sorbonne is painful.  It really is a shame the city didn’t step in. I know the owner was within his right to sell, and probably made a fortune from such prime real estate, but to lose such a landmark? It’s a sad day for all bibliophiles and nostalgiques de Paris.