Noises the French Make That Mean More Than They Appear 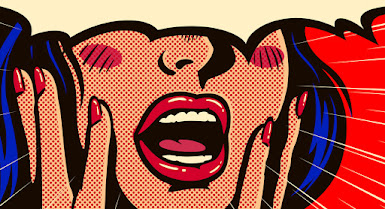 I was typing another post and trying to convey a sound that means something in French, but means nothing in English, and it got me thinking of all the weird noises I hear, and know what they mean, but that I can’t spell to convey their meaning in English/written form. Except pfft. Pfft is something I learned from messaging (like mdr) and is something you will hear everyday in France.

I started to look around wondering if anyone had written a list of these noises, and I found an article on another blog. The author actually made recordings of the noises so people, who aren’t used to hearing French, would have an idea of what madness we’re going on about, but it wasn’t a great, or well rounded, list (it was 5 and I had only heard of 2).

Some examples of these noises include pffft (bien sur) which is more like letting out air but I swear this little sound means a lot, bahhh which is like “um”, or my personal favorite bah oui, which is like “duh”, oh lala which is when something goes wrong or when something bad happens, and hop, or hop la (the h is silent). I’m sure there are more that I can’t think of, but I will definitely add later if I recognize them in everyday speech.

By far the sound I use the most since living in France is tac. It’s usually used when counting something, checking off a list, or what have you. You might not notice at first, but you’ll hear it a lot. Most Americans probably have no idea what I’m saying when I use it, but in France we all know it because everyone subconsciously uses it. It’s definitely something they imprinted on me. Instead of one, two, three, or check, check, check, it’s tac, tac, tac.