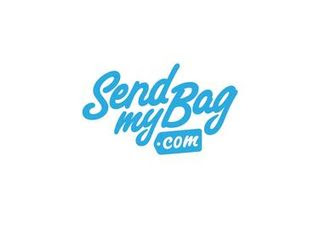 I like traveling, but I hate the actual traveling involved. I wish teleportation existed, and would gladly accept the risk of mutation of cells on a molecular level possibly causing cancer if it meant I would no longer have to ‘travel’ the old fashioned way. I hate it that much.

Some people like the downtime, but I can’t, and don’t sleep on planes. The horrendous and expensive wifi gives me rage issues, and even a 7 hour flight to Paris ends up taking an entire day. It’s a nightmare.

Even worse than travel I hate lugging suitcases. Which of course I need to because I have too many clothes. I remember 15 years ago or so back when The Rachel Zoe Project was a show, Zoe introduced shipping your luggage, and I knew that it was the only way from then on.

An entire suitcase full of my lingerie, and another with my dresses, shoes, momentos that I cherished, he kept. For a whole month he refused to answer my requests for them. I had to contact the Met to ask them to intervene on my behalf but they were of no use.

I hold on to things tightly. Intermittently I remember flashes of certain items that I want, and then realize he has them, and I will never see them again. It makes me sick. You don’t realize how vile people are until the end. Had I known I had been dating a Judas Brutus I would have found a way to pay 660€ to have all 4 shipped instead of just the 2.

In the end it would have easily been six large suitcases (at the least) that needed to come with me. It seems like a lot, but you make a home in a place, spend 6 years there, you accumulate belongings. We all have belongings, and when we move we can’t be expected to carry them all in a back pack.

However going back to Paris I’ve become smarter. I’ve learned to need less. I’ve learned to travel a bit more lightly. Being poor for so many years will do that to you. And being forced to move apartments so often will teach you that it’s not worth the trouble. I promised myself I would be smarter for Paris 2.0.

I bring up Send My Bag because I consider it to be the most convenient option. I no longer bother lugging suitcases to the airport and paying idiotic check fees. Airlines really are the devil to expect people to only travel with a tiny carryon.

Personally I would rather give Send My Bag $150 to transport them if it means I don’t have the hassle of carting them to the airport. $150 (for each bag) may sound like a lot, but I looked into a lot of companies when I left Paris the second time and the rest charged a lot more. When you take into account baggage fees, renting a trolley in the airport (you don’t pay for it in France but you do in America), taxi fees to transport you to and from the airport (when you can just take the RER for 12€), plus the fact that you no longer have to be stressed from carting bags around, and breezing through customs, the cost is well worth it.

There is a bit of work involved in the shipping process though. If you’re shipping from abroad you need to fill out the customs declarations form. You also need to list the contents, and the cost of each of the items. It can be time consuming, and you will need to play with the numbers. If you declare the value to be higher than what’s in the initial cost, you will need to pay for extra insurance. You will also need to print out the labels so have a printer handy.

Just be aware that cost can change depending on country. Obviously America to Europe is more expensive than say Spain to France. But inter America shipping wasn’t terrible ($65). If you’re interested in this stress free option please be sure to use my referral code. You save money ($6), I save money ($6), it’s win-win for everyone.