The Joy of Picard 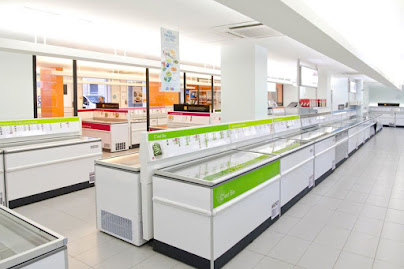 When I moved to Paris the first time (before I left to get my visa), I lived for a short time at an apartment near Monge on Lacépède. On the ground floor was a Picard. I never really bothered to pay attention to it, but someone mentioned to me that it was great. They didn’t really elaborate so I decided to check it out one day.

When I walked in all I saw were rows of freezers. It was confusing. I don't eat frozen food so I left. It’s a shame because my apartment there had a Miele steam oven, microwave, and a regular Miele oven, and I could have done things with them.

I can’t remember the first time I stepped into a Picard and understood it. Perhaps it wasn’t until I worked for the family I was with for 3 years. Sometimes, when the girls were busy with their extracurricular activities, and I was waiting for them to come home so we could work on English lessons, their mother would ask me if I could pick up some stuff from the Picard on Grenelle near Champs de Mars. She would send me for the carrot purée, the bio peas, and this broccoli medley thing. It was the same every week. But little by little Picard became my go to too.

The thing about Picard is that when you hear about it, it doesn’t seem enticing. For one thing, in America at least, frozen food is not considered quality food. Odd thought process I know, since America is presumed to care little about good quality food in general. I think the Brits probably think the same as they have Iceland.

Microwaves are not something I cook food in. Especially things in plastic. Whether it causes cancer or not, I’d rather be safe than sorry. I cook things in an oven.

So when you hear about Picard, at first you’re like, ew no thanks, but you would be making a big mistake. The food Picard produces is quality. Ask any French person and they will tout it’s praises. Picard is revered in France.

In fact I became such a Picard person that I asked the family I worked for if they would buy and install an oven in my apartment. Unfortunately a lot of their food does need to be cooked in an oven. They granted my request, and Picard became almost exclusively where I purchased my groceries. I HATE to cook so I live on ready meals because France doesn’t have the abundance of quick to grab and cheap restaurants America does.

My favorite times of year at Picard are the "Hello America" products in summer, and the Christmas stuff in the winter. The rich family I used to work for threw a party every June right before grande vacances, and the caterers would always use Picard products for the hors d'oeuvres. I always found that funny. They have a good selection, of almost anything you can think of. You’re sure to find something.

When I lived on rue Valadon I would even have them deliver to my door (you can order online). It was only 3 minutes away from my apartment but it was so convenient to just pick out what I needed and have them drop it off at my door. Sometimes items that are out of stock at your local store are available online, so if you can’t find something be sure to check.

And a tip: I keep my loyalty card in my Apple Wallet to make it easier to scan it at checkout. Make sure you sign up for one. It’s free.

Next time you pass a Picard don’t make my mistake. Go in. Give it a shot. I really can’t sing Picard’s praises enough. Just make sure you make space in your freezer, because one thing I always found, after my shopping trips, nothing ever fit. I always bought too much.