Why This Is Not a Food Blog 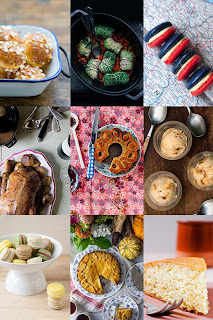 I’ve had a lot of pets in my life. Cats, dogs, hamsters, gerbils, fish, ducks, bunnies... I had two bunnies; Bailey and Henry. I purchased Bailey as a present for my mother’s birthday. My Mum had 4 rabbits growing up, that she always talked about, so one year for her birthday I purchased a bunny for her thinking it would be the perfect gift. He was a dark grey Dutch dwarf, and I purchased him when he was a baby.

For whatever reason my Mum didn’t really take to him, and he became mine. Bailey was like a little dog. I never kept him in his cage. He was free to run all over the house, upstairs, downstairs, it didn’t matter, he did what he wanted. He would charge the dogs and cats (rabbits make this piggy nose and then run at them), and everyone was afraid of him. He followed me everywhere. At night he would jump up on my bed and sleep with me. He really was one of the best pets. I can’t express enough how great he was.

I never write about food because I’m not a foodie, much less a food writer. I have an educated palate. I can tell good food from bad, but I’m never going to be a snob about it. And I don’t jump on bandwagons just because something is expensive. Truffles ain’t all that. I said what I said.

I’m sure most people who read about France want to know about the food, but most of the restaurants I’ve been to have never been that great. Maybe it’s because of the hype that I expect more, and then I’m disappointed that it isn’t the orgasmic experience everyone makes it out to be.

In France fruit and veg is better, but that’s not exactly something to wax poetic about. Most people want the true French food and I’m never going to be Anthony Bourdain. He would eat anything, and that’s just not me. In fact I wish I could become solely plant based. I wish I could own a cow so I could stop eating beef. I’m not someone who is going to write articles comparing and contrasting the best places for Magret de Canard, or tell you how wonderful it is every Christmas when they bring out the shelves full of fois gras. I don’t actually take pleasure in eating animals.