See You On a Dark Night 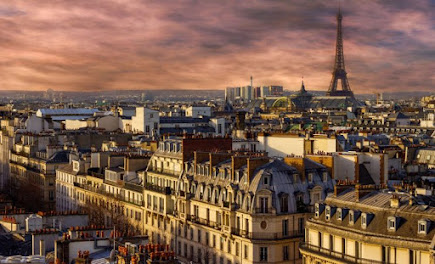 I wasn’t aware of the Sarah Everard story until someone brought it up in conversation on the Armie Hammer Vanity Fair piece about how men systematically hurt women. I won’t really go into the dangers of being a woman in this world, or the excuse “boys will be boys”, and how yes, all men hurt women (by perpetuating it, excusing it, or ignoring it from their fellow men). There are enough pieces on that subject, and it could fill volumes. I’m touching on this here because it’s a subject that I always praised Paris for. I wish it could be replicated throughout the world, and maybe it is in Europe, I don’t know, but I do know, from personal experience, that it is in Paris (75).

Growing up in America I’ve always been alert. So much crime is committed that we’re taught to be cautious from an early age. Of course as a woman we are even more heightened of situations. Walking alone in public, being alone in general, we’re always on edge. We pretend to talk on our cell phones so men don’t bother us. We go out in groups because it’s supposed to be safer. We all have a plan in place for when we find ourselves in those situations because we all know it’s a very real possibility. I used to think physical insecurity was normal.

But then I moved to Paris. Suddenly I could take a walk at 3am, alone, and no one would bother me. I finally found out what it is like living in a “safe” world, one where I wasn’t on alert 24/7. I can’t express what that feeling is like.

When I went back to America, and for instance, I walked the dogs at night, I was afraid to do it alone. I never felt safe. I immediately went back into heightened alert mode, and was once again living in Grimes’s Oblivion. It made me miss the safety of France.

But I can walk around Paris, by myself, at anytime, headphones in, and I don’t feel unsafe. I even walked through the riots, and didn’t fear for myself. I don’t feel that someone is going to murder me. Or rape me. Or attack me. I don’t know how to explain that, but I’m not on constant alert.

Perhaps years of guillotine-ing each other got it out of their system. It’s ironic because if anyone has studied French history you’ll know Paris was always viewed as a crime ridden cesspit. During the Revolution they were bloodthirsty and during the 1800’s they killed each other in the thousands, but these days the French don’t like to be scared, and murder and gore is not apart of their culture. These days being killed by your husband is your biggest fear as a woman in France.

I wish there was a sociological/anthropological/psychological study on this that I could cite to backup my claim. I’m too busy to research this subject in depth. Maybe the facts actually state otherwise, I don’t know, but I do know that my life in Paris feels pretty safe. No matter where we go, as women, we will always have to be aware of our surroundings, but at least in Paris I am able to let my guard down. I hope by writing this I’m not jinxing myself, but I cannot express enough how safe Paris is, and how safe I feel here. I really wish it was something I felt everywhere else.