The French Don’t Do Labels 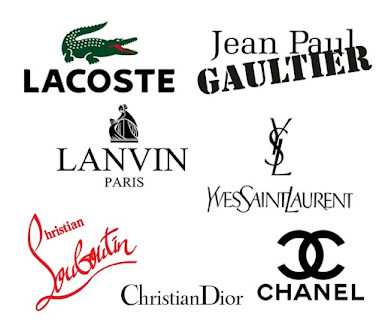 I read an article (in Vogue or something) that I found funny. It was an ‘OMG Parisian women are norms’ article about how Andreá Martell is such a cool girl French girl because she doesn’t wear labels, and she wears masculine blazers. It was naff, and clearly written by someone who lives vicariously through Paris street style instagrams.

To do so is to ignore the millions of other women in the capital who look and dress normally. No one in Paris looks runway chic 24/7, it is after all a very normal city, inhabited by normal human beings, living their very normal human lives. The whole ‘I woke up like this’/‘French are inherently stylish’ cliché is a bit of a myth (although Parisian men do dress better). You need only live there to know that.

Frenchwomen also don’t walk the streets covered in Chanel. They’re not really big on labels. They’re definitely not splashed all over their clothes. It’s got to be some kind of joke that they import all of that to other countries. A women I used to work for would take her Birkin on the metro, but I hardly see labels in my day to day life. Not like I did in Texas. They say it’s because of tax (flash means you have money and the impôt comes a knockin), I say it’s because their salaries aren’t that high.

If you walk around Paris you will never see CHANEL or YSL scrawled all over their clothing. Most of the time you won’t even know what they’re wearing. Although I’m going to bet it’s closer to Maje or Zara than Dior.

If you’ve ever shopped in Paris you will know that clothes are expensive. It is nothing like in America. For the French high street brands like Sandro, ba&sh, Claudie, Kooples, you’re looking at shirts starting at 150€ and dresses and pants at 300€. Which probably explains why their closets are so small.

As for Andrea’s blazers. I admit thanks to Andrea I started buying more, even buying from the men’s. I also started buying a lot of dark green. But as this was widely available in most stores it leads me to believe that Andrea was just wearing what color fashion of the season dictated (it’s always available in France before the rest of the world).

Also Andrea was a lesbian. In order to portray her masculine energy, from a straight actress who probably does not give that naturally (although Camille Cotton was good), they dressed her more masculine than say Sofia or Naomi. That’s what a costume designer does. It’s their job to find clothes to match the personalities of the characters.

And while her little bow tie with her silver sequin dress was cute, you’d never see it on the street. It’s just not a Paris look. You’d get a lot of raised eyebrows. If you want an idea of normal French looks watch the Hookup Plan. The French are very subdued in both style of dress, and color of dress. Dare I say they’re even pretty boring?

One thing I learned from teaching French children was the idea that you’re not supposed to be different. One mother even said the French system teaches them to be robots. Contrast that with America where we’re taught being different is cool, and it all kind of makes sense that every season all of the French girls pick a ‘uniform’ and stick to it. You’ll see hundreds of them all dressed in the same thing.

Also the French don’t really dress up. Christian once took me to two nice restaurants and he made a big deal that I needed to dress up. We got there and guess what? Jeans and sweaters. Suddenly I was glad I held strong and insisted my vegan leather wide leg tapers and trainers was good enough. I’ve worked for very wealthy people and even they didn’t dress up. I’m telling you, it’s just the way it is there. Whether at work or the opera, they keep it middle of the road casual.

Next time you want to fit in, in Paris make sure you drop the labels and just go for simple pieces. Actually you can never go wrong with black. As someone who hated black jeans, I eventually adopted it into my wardrobe because it’s the norm. Black like their souls.

And don’t wear brights. Color in general isn’t really done. It’s almost a travesty that color isn’t more popular. I say that as someone who snaps up every one of J.Crew’s cashmere sweaters like they’re not $98 a piece. Keep it simple with black or grey, and you’ll be golden.

Oh and one more tip, don’t forget: no heels. Save that space in your luggage. No one wears anything higher than 2 inches and they’re usually only on their boots. I sometimes see one inch high heels and I think ‘oh that’s so cute, training heels’. I don’t think I ever actually saw anyone in Louboutins who wasn’t a Russian tourist or from Essex.