You Got the Vaccine, Now What? 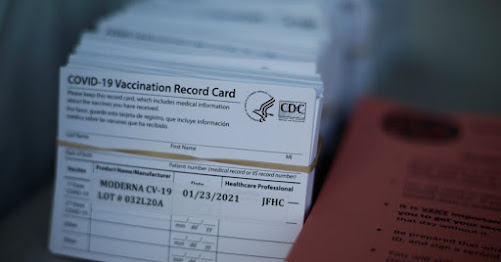 I feel like even with the vaccine our options are still very limited in Europe. You have America that is so excited for it they’re just opening everything back up. ACL is going forward which is huge news I think (ACL is like Austin’s Lollapalooza), then you have France which isn’t keeping pace so no one can do anything (yet). Those of us that are vaccinated are no better off until everyone else gets on the same page. Unfortunately for France that looks to be moving at a snail’s pace.

The government decided not to instate weekend bans. The bad news is that the curfew is 6p-6a. Not in all departments, but in Paris, Nice, Normandy, etc, no one is allowed out during those hours. I was hoping for the 3 week lockdown with the end result being a reopening of everything, but that plan seems to have been nixed.

I have been watching the news anxiously. As I mentioned my apartment is sitting empty, and I would like to spend some time in Paris before the heat sets in, before my sojourn in Italy (then Croatia, Malta and Karlovy Vary, you can read more about that on my other site), but it doesn’t seem to be going to plan. We’ll see how the numbers look in a few weeks. I will keep updating with news and such as I get it, but don’t make any plans yet (even if those AirFrance ads look enticing).

We vaccinated folks are still the minority and until those scales tip the other way, we’re still limited in what we can do. There are plenty of other places you can visit (you can see the places I’ve been traveling to on my other site), and please only do so if you have been vaccinated, but as of right now the EU is not a possibility.

For tourists that is. I have a visa. If you have a visa you will not be considered a tourist, and anyone with one can enter. But you’ll spend days in quarantine, and then however much longer the quasi lockdown continues. You wouldn’t exactly want to be in Paris right now.

I had really been hoping for a faster progression with regards to the vaccine, and hopeful news for a normal Paris, but the news is never good. Maybe they’ll get it together by the later half of March. No one thought America would get itself together and look at it now. Three vaccines (Modern, Pfizer, and J&J) and everyone is getting vaccinated at such rapid pace the US should be done by May. I have hope for Europe. I have hope that life will be normal again sooner rather than later.

Check back later for updates. I’ll add them as they come in.

An article in Bloomberg  mentions Greece is the only country with a plan for reopening this summer. You may also travel to Turkey. I’ve been to Istanbul, but I didn’t consider it on par with European destinations so never really thought of it as an option. As I mentioned visa holders can enter, but if France keeps it’s border closed you will only be able to travel within France. Not that that is such a bad thing, there are many beautiful places to vacation, although I’d stay away from summer hotspots like Cannes and Deauville. It is still early March so there might be better news in a few weeks.

An article on CNN mentions that Italy is preparing for summer travel by trying out "Covid Free" trains. This sounds like a gimmick. Surely it's just like airline travel, minus the plane (providing negative tests to board). The article makes no mention of international travelers being allowed to enter. You can fly to Italy from New York and Atlanta with proof of a negative test, but I believe it's only for essential travel.

CNBC has an article about other places you can visit. I've mentioned my winter travels on my other site, and for Americans it's not a bad option. There are plenty of islands that are only 3 hours away that cost less to travel to than Europe. If European travel is not an option you can't go wrong with the Caribbean or South America.