Things to Do in Paris in the Summer 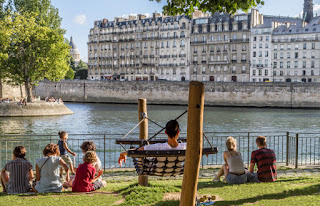 I’m not sure how much of this will actually be apart of this summer. With Covid and France’s numbers they will probably keep a lot of the usual summer stuff closed for yet another year. But ya never know. Here is a list of annual Parisian events that take place in the capital. Even if it’s not available this year, it probably will be in 2022. 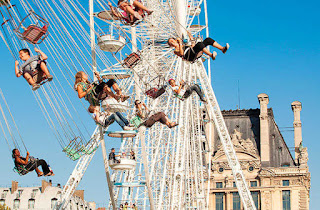 I love a carnival. Maybe it’s a nostalgic America thing but I can’t help it. Carnivals, Fairs, Fiesta, I’m used to these in America, and I love that they can also be had in Paris. Annually there are 3; one in April which is called Foire du Trône (in the 12th), Fête à Neu-Neu in the 16th in September, and one in July which takes place on the north side of Tulleries lining rue Rivoli. I worked for a family once and the mother (who was working that summer so needed to send her kids on activities) gave us 500€ to spend on rides. She was an executive at BNP so that was nothing to her. Suffice to say it’s pretty pricey, but lots of fun. 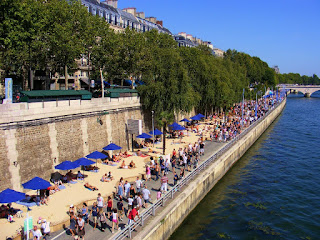 The annual Plage along the Seine is something that happens every year. They truck in sand, and line the banks of the Seine with beach chairs. There are also misters because it gets really hot, and I think at some point there were even outdoor showers. General activities can be had. Around Hôtel de Ville there is a playground, caged soccer field and climbing wall which is there year round. One of my favorite things to do is sit there in the Fall. I’ve never been tempted to go during tourist season. The river boat bars and restaurants are closer to the 7th. 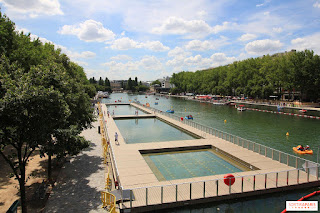 Every year this area is host to numerous water activities, outdoor movies, and concerts. I expect them to have it again, as there’s enough room to be 6ft apart and it’s outside. You can find the daily events here: https://en.parisinfo.com/paris-museum-monument/71943/Bassin-de-La-Villette 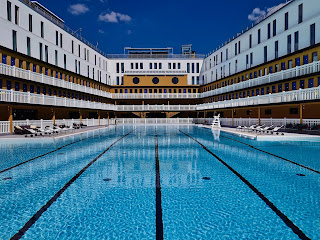 Pools are a pretty common thing in Paris, but outdoor pools are a bit more rare because of the weather. This might not be a thing this summer, but it’s something that occurs yearly and has for a while. I dated a guy who was the events coordinator here and he tried to get me to go to a few events one summer. I would never travel to the 16th, much less for a swimming pool, but it’s a pretty popular attraction. You need to set up a rdv beforehand and of course there is a fee. Obviously guests of the hotel receive first priority.

And while outdoor pools aren’t a year round thing there is an outdoor pool in the 13th called the Josephine Baker, and in Buttes Chaumont that is truly outdoor (and not just a retractable roof). I’ve only seen it during the winter, but it’s probably nice in summer. As an added bonus after your dip you can stop by the Rosa Bonheur in the park for an aperitif. 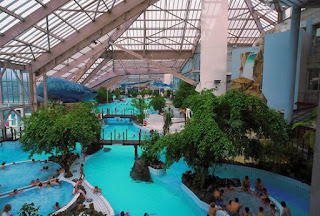 I am not a fan of water parks. I had my own pool growing up, and while I was a swimmer, and had to train with a team 5 hours a day, I’ve never been a fan of public pools in general. I don’t care how much chlorine is in them. And in France they don’t actually use chlorine... but for those Americans who come to Paris with kids it’s something to look into.

Again because of Covid, I don’t know how likely it is that it will be open. But Aquaboulevard is always around. It’s indoor so you can visit the faux beach any time of year. The outdoor area is only open when it's warm enough and not raining. Be aware that it is pretty pricey. I think, when I went with the aforementioned people, it cost 50€ per person (I didn’t pay for it because it was a job). You can check rates on the site. 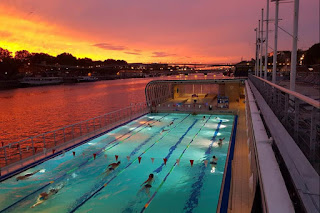 If you’re just looking for a pool you can actually find them all over Paris. Apparently there is a really nice one (indoor) in the 14th that is from the 1920’s. One of my favorites is in the 8th because it has a climbing wall upstairs. Parisians actually rank them so you’re bound to find some that are nicer than others. A list of best pool and best outdoor pools can be found here and here. The one pictured above is the Josephine Baker. The entry fee is usually around 3€. 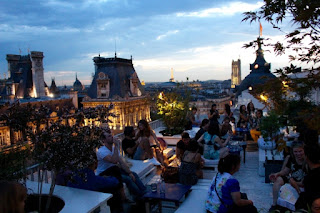 The rooftop bars are open all year round, but of course the nicest time to visit them is during the summer. When you visit in the winter they cover them in plastic. Most of the ones I’ve been to are in the 4th, but there are actually a lot dotted around the city. You can even have drinks on the top of Montparnasse if overpriced champagne is your jam. There is a list of them here, but BHV is by far my favorite. 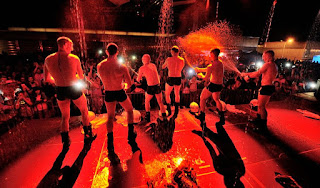 This is one of those kinds of things where it pays to date an inside man. The year I went to a Bals des Pompiers (in the 1st) I was dating a Pompier so I didn't have to wait in line (the line is sooooo long), didn't have to pay for drinks, left my valuables in the station, like my experience was better than if I didn't have that luxury. I call it firefigher's getting laid, because so many pompiers have told me that firefighter groupies have sex with them in hallways, give them blowjobs in bathrooms, it's a mess. I remember I had girls wanting to fight me because I was kissing my boyfriend while he was pouring drinks at the bar. Firefighter groupies are nuts. But I definitely had fun.

This event only takes place on July 13th and 14th each year. The parties themselves happen in the stations. As I mentioned the lines are long so get there early. Sometimes there is a fee to get in, sometimes they just ask for donations. They also had foodtrucks in the courtyard which is where the party takes place. It's also probably why only certain firestations in the Capital take part, there has to be enough room for the bar, dj, and dancefloor. It really is a blowout. 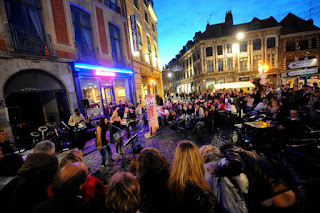 And lastly Fêté de la Musique which takes place every year on June 21st. I fully expect them to have it this year. I won’t be attending, I’ve attended plenty over the years, and already planned to vacation the summer outside of Paris (for obvious reasons). I expect many Parisians, who were stuck in lockdown, will be doing the same so expect it to be light on acts. Unfortunately it has been getting smaller and smaller each year (before Covid it was because of Gilet Jeunes) so I wouldn’t plan a Paris trip around it. Definitely wait until 2022 when things go back to normal.

In fact if you have to plan a trip for Paris this year I would do it in October. Because the museums have been closed for so long I expect a huge blowout for Nuit Blanche. It was significantly scaled down in 2019, probably for budget reasons, but it’s a big event in the Paris calendar. After Covid I’m sure Paris will want to show out.