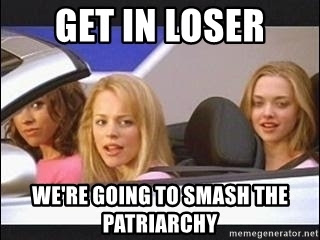 Meeting other women is hard. It is so much harder than dating, and is probably why I never put much energy into it. I know I tried in my pre-Covid Paris years briefly, but Post Covid Paris? I’ve stepped up my game.

After my relationship ended I was lost. He was my best friend and I never needed anyone else. But then it ended, and I was alone, and I really started to see the value in female friends. I made friends at work, I started looking for girl groups. I realized that the patriarchy has kept us competitive for so long that we really underestimate just how important female friends are. Imagine if we finally linked up? We would be unstoppable.

But even after all of my efforts I still have trouble. Paris is transient and no one stays. The women that are here are really lazy and don’t make the effort. And when two people are barely putting in the work it goes nowhere.

However that doesn’t stop me from trying, and it hasn’t stopped me from meeting some cool women. It’s much nicer to go out to brunch with a female crew than it is to depend on a man for that connection. I would really recommend just keeping at it. Because it is hard, but when it pays off, it pays off.

I really hate recommending Facebook as Facebook is well, Facebook, but it actually is the best site to use. I put about five minutes effort into making a group for my area, but the group I get the most use out of is Women in Paris. There are over 14k members and because it’s so active you’ll usually find an answer to your question, or you’ll see a post to file away for later. It’s probably the most helpful out of all of the Paris Girl groups. You can say “anyone want drinks tonight?” and you’ll have at least 5 girls offer to meet up.

My second favorite is much smaller, but probably the most on brand for me. It’s Paris Dating Vault. Only women are allowed. It’s where we post our dating [horror] stories, ratings of shitty men, relationship questions, and sometimes there are planned events. The girls I’ve met in there are strong single women who have also seen all and dated all. It’s fun. Who doesn’t love talking about boys?

Obviously I’m apart of all of the American groups, but I find that the people in those are usually older retirees. I joined a couple of British groups to meet English finance boys, but again mostly pensioners. I would definitely recommend Strictly Legal and Landlords and Tenants because at some point you will have a questions about your rental contract. Start learning the laws now. And if for some reason you can't find a group, you can always create one. It's easy.

Some honorable mentions; Meetups. Yeah I didn’t know it still existed but apparently it does. And Apéros Frenchies, which I’ve never used, but they organize after work meetups, and I think they started doing speed dating according to a girl in my dating group.

Moral of the story, it's hard to meet people in Paris. A lot of people complain about it. But as long as you put in the effort to find likable minds, you’ll get somewhere.