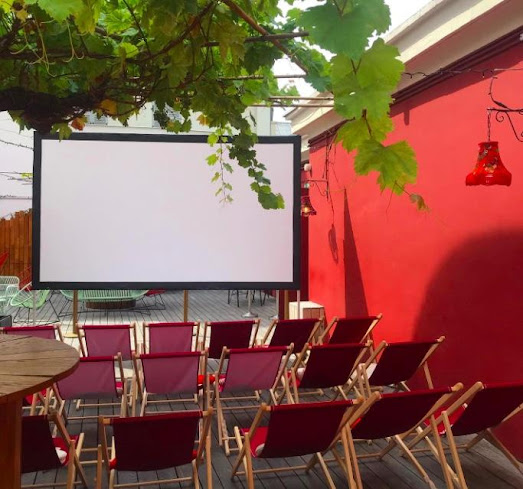 La Machine du Moulin Rouge is a club in one of the most famous of Paris's sites. It consists of 4 main rooms spread over 4 levels. Le Central is the main area which serves as a mini-club, La Chaufferie is in the basement, Le Bar à Bulles is a terrace bar hidden behind the Moulin Rouge, and Le Toit is the private rooftop space.

From July 6th to September 7th every Wednesday the Bar a Bulles will feature a new film (all films shown in their original languages). Like all of the others the films are free, but as the space is smaller the process is harder. Every Thursday at 12pm you have to check the Dice app when they open the next week's tickets. Once the event is full it will move to waitlist. More info can be found on their website: https://www.lamachinedumoulinrouge.com/cinema-