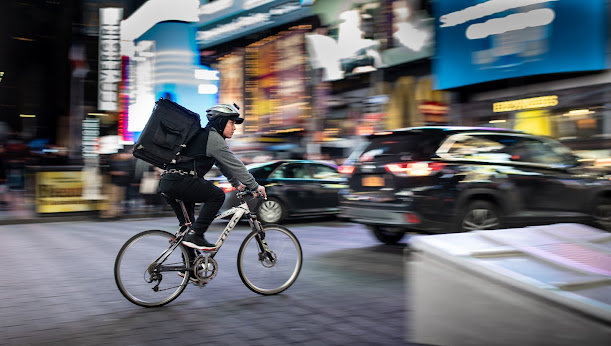 I was talking to a friend. He and I talk everyday so it wasn’t an emergency, but he said he wasn’t feeling very well. He said he wanted something, but he didn’t feel like leaving the house to get it. My American mind is just like "have it delivered". But that’s when I wondered what is the Paris equivalent to Postmates?

In America you can have anything delivered. If it’s not Amazon same day delivery, you have Uber, Postmates (acquired by Uber), Walmart+, Favor, Grubhub, Doordash, Shipt. Instacart, the services seem endless, there isn’t anything you can’t have when you need it. I’m racking my brain trying to think of something that wouldn’t be deliverable and I can’t think of it. Feel like you might have Covid? That test is also delivered too (not available in France).

The equivalent of Amazon Fresh in Paris would be Amazon’s partnership with Monoprix, but it doesn’t make every product at Monoprix available to you. Big box Monoprix? I’ll have to order delivery for the next day or walk to Commerce. No matter what time of the day I order, I have never been able to have my Monoprix delivery delivered same day (unless I use Uber at Monop’ but I can’t use Flix with Uber and the selection isn't as extensive) .

French Uber has some non-food stores but it’s like one pharmacy like place called Drugstore Chausee Anton, and it’s nothing like Walgreens or CVS. It could also be an issue of where I live. I’m center Paris, but off center. Sadly living in the 7th doesn’t afford me every luxury.

I used GoPuff once when Monoprix was out of a product I use everyday. It has some pharmacy like items, you can buy condoms and sex toys with your bottles of wine, but it’s not exactly Walmart. Deliveroo is the same as Uber. It appears that Glovo didn’t make it post Covid. And I don’t use Fricti, Getir, or Gorillas. You don’t get diamond status on Uber using other apps. I would probably only use them if I couldn’t get it on Uber (only once has Deliveroo had a restaurant Uber doesn’t).

So the answer is no, there isn’t a Postmates equivalent in Paris and it really is a shame. It’s been 2 years since Uber acquired Postmastes and it still hasn’t been introduced here so I have a feeling it won’t be. Part of that probably has to do with the laws governing what can be sold in a pharmacy and only tabacs can sell cigarettes. We don’t have those laws, in America. Every store has access to everything, so it’s not as difficult to find someone who delivers it. Hopefully one day France will get there too.